Exclusive: Selig Development to add first apartments to The Works

Atlanta Business Chronicle:  Over a year after opening the first office, retail and restaurant spaces at The Works, Selig Development is bringing the first slate of apartments to the 80-acre property.

Selig Development, the development arm of one of the largest commercial property owners in Atlanta, has begun construction on 306 market-rate units spanning five floors. GID is serving as an equity partner. Around 70% are one-bedroom.

The residential buildout will complete the first phase of Selig’s billion-dollar mixed-use project in the Upper Westside.

Current buildout of The Works includes 160,000 square feet of retail and 125,000 square feet of office space, with just over one-third of that office space leased to MacDermid Graphics Solutions. The deal with the graphics company was the Upper Westside area’s largest leasing transaction this year. The Works also includes a 31-stall food market that opened in April. All but four booths are occupied.

Adding the residential units was the final piece of Selig’s vision for the project as a community hub, said Senior Vice President of Development Malloy Peterson. Once fully built, The Works will include 500 units, according to current site plans.

“You need residents,” Peterson said. “You need them late at night, first thing in the morning, and those who work from home on a Monday. It all works symbiotically.”

An obstacle to building apartments at the project was the property’s industrial zoning classification. Selig sought specialized zoning that permits residential or non-residential development on a property while preserving at least 30% for industrial uses. 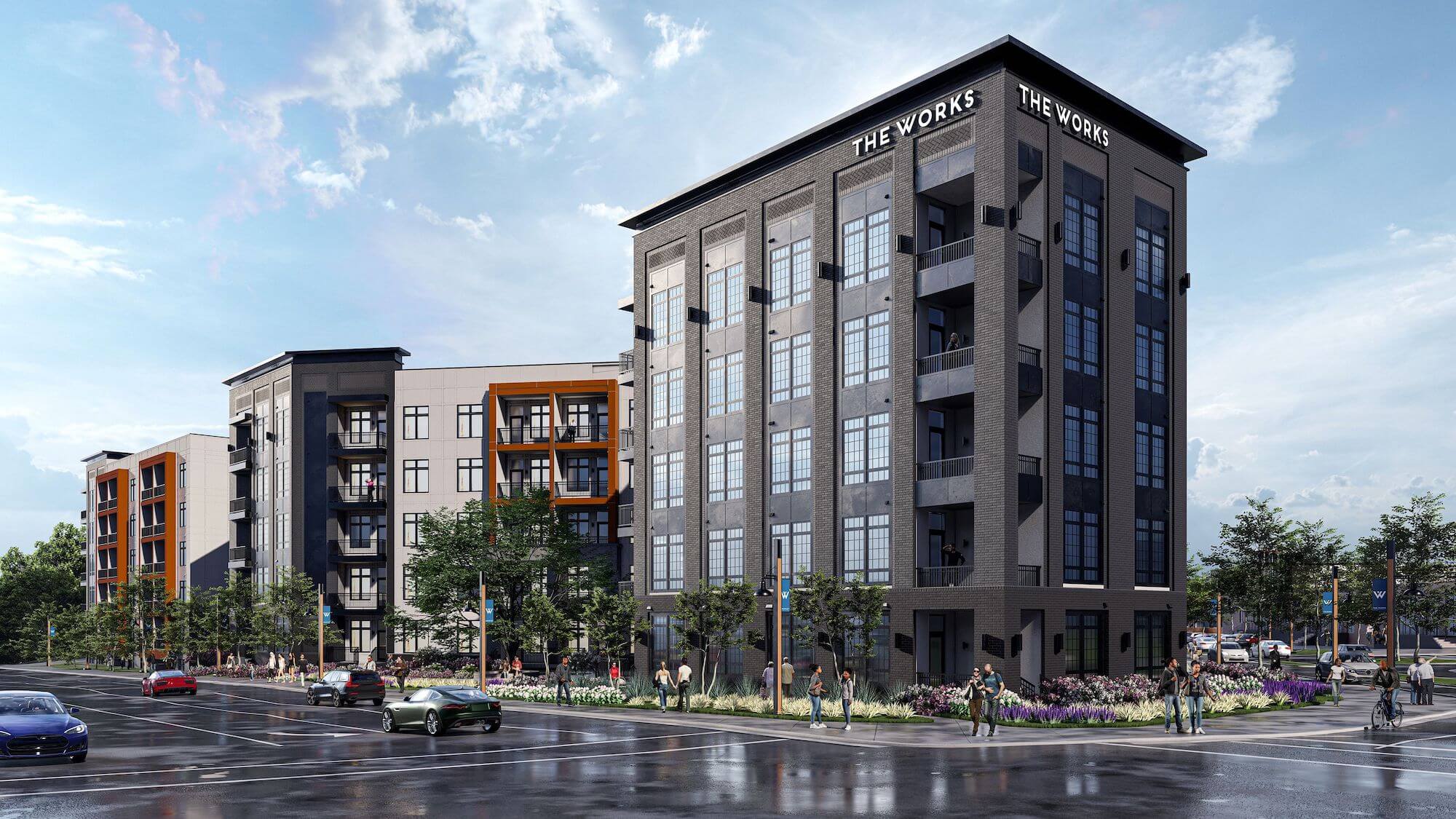 Next Article > Selig Development, GID Announce Partnership for Multifamily Project at The Works